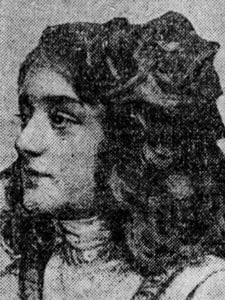 She was the eldest child of William Ernest Carter (1875-1940) and Lucile Stewart Polk (1875-1934), natives of Pennsylvania and Maryland respectively who had married on 19 January 1896. Her father, a banker, was the wealthy heir to a coal and iron baron whilst her mother was the daughter of affluent insurance brokers in Baltimore. She had one sibling, her younger brother William Thornton Carter II (1900-1985).

She first appears on the 1900 census living with her parents at an unspecified address in Radnor township in Delaware County, Pennsylvania; her father was described as having "no business." By the time of the 1910 census the family were living at Ithan Avenue in Radnor.

Following a trip to Europe Lucile, her mother, father and brother, as well as their servants Alexander Cairns and Augusta Serreplaà, boarded the Titanic at Southampton as first class passengers (the Carters travelling on ticket number 113760 which cost £120). Another servant, their chauffeur Augustus Aldworth travelled in second class. Whilst aboard the Carters occupied adjoined cabins B96-B98. A family pet, reportedly an Airedale, was also making the journey.

On the night of the sinking, the Carter entourage was among a number of first-class passengers who had been earmarked to leave in lifeboat 4, the party of over two dozen being shuttled between the boat deck and A-deck where lifeboat 4 had been lowered to. Lifeboat 4 had been lowered to A-deck but difficulties in opening the windows on that promenade had delayed its loading, much to the annoyance of the many affluent passengers waiting. The Carters were among the passengers waiting; if her father was present at the time is not certain and she, her mother, brother and their maid Miss Serreplaà left the ship in boat 4, being forced to part company with their dog who remained on the ship under the care of Colonel John Jacob Astor.

The survival of her father in another lifeboat had repercussions: perhaps in an already unhappy marriage, her mother and father filed for divorce, she citing his survival and possibly ahead of her as a keystone to their separation. They were divorced in June 1914 and her mother remarried George Clymer Brooke Jr, a banker and steel manufacturer; through this union, Lucile gained a half-sibling, Elizabeth Muhlenberg (1916-2016).

In August 1916 Lucile was presented to society with a lavish dinner dance at her mother's home in Newport, Rhode Island. The New York Times (12 August 1916) related that Miss Carter wore a costume of white silk with silver brocade and she was adorned with a bouquet of orchids. Many notable people were in attendance, including those from the Vanderbilt family and Dr and Mrs Alexander Hamilton Rice (the latter the former Mrs George Dunton Widener).

Miss Lucile Polk Carter, daughter of Mrs. George Brooke, of Villa Nova, Pennsylvania, was introduced to society two years ago and is well known in both Philadelphia and Newport. She is a first cousin of Mrs J. Hamilton Cheston and of Mr Carter Randolph Leidy, who recently married Miss Fifi Widener. - Unidentified newspaper, circa 1918

Her 1920 passport describes Lucile as a tall woman, standing at 5' 10½" and with brown hair, hazel eyes, having a fair complexion with an oval face and straight nose; her identification was verified by none other than Robert W. Daniel, her fellow Titanic survivor. 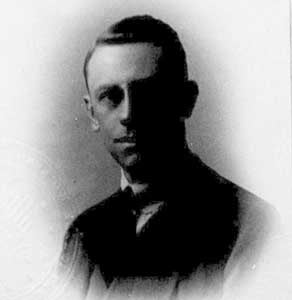 Lucile continued to be a seasoned traveller, with ships she travelled aboard including Mauretania, Queen of Bermuda and Monarch of Bermuda.

Her husband Samuel was later president, from around 1924, of the Phoenix Iron Company of Phoenixville, Pennsylvania. When returning from a business trip in Washington to his home in Bryn Mawr on 18 February 1944 he crashed into the stone wall of a cemetery in Upper Providence, Pennsylvania; believed to have fallen asleep at the wheel or having become disoriented by the heavy fog it appears he was killed outright, suffering broken ribs and a punctured lung after his chest was penetrated by the shattered steering wheel of his vehicle.

Lucile never remarried and in 1950 weathered the loss of her daughter Elise.

She died on 19 October 1962; at the time she was a resident of her daughter Lucile's home in Summerville, South Carolina where her son-in-law was professor of English at the College of Charleston. She is buried at the Washington Memorial Chapel, Valley Forge, Montgomery, Pennsylvania.

Her daughter Lucile Trowbridge, the wife of author and professor Clinton Trowbridge (1928-2017) died in Sedgwick, Maine on 14 December 1996. Besides her husband she was survived by several children.

Her son David later married Annis Lee Scott (b. 1932) and had a family; he died in Paoli, Pennsylvania on 13 January 2011 and was survived by his wife, children and several grandchildren.

She was survived by her half-sister Elizabeth who died aged 100 in 2016. 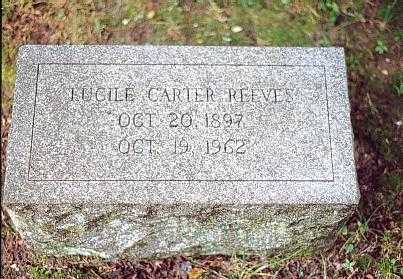