Many of the Titanic crew survivors arrived back in England on Sunday 28th April 1912. But for some the return to their families was delayed when they were detained and made to write depositions regarding their experiences. The greatest interest has been taken in the arrival, on board the "Lapland" of the first batch of the surviving members of the "Titanic Crew". The Lapland Reached Plymouth early on Sunday morning, and the seamen were transferred to tugs and conveyed ashore.

The tender Sir Richard Grenville brings the crew from the SS Lapand after her arrival at Plymouth. Prior to the arrival of the Titanic's survivors by the Lapland, it was stated at Plymouth that the men would be detained until they had been examined by the Board of Trade's legal representatives. This step seems to have been resented by many people, including the local trades unionists. 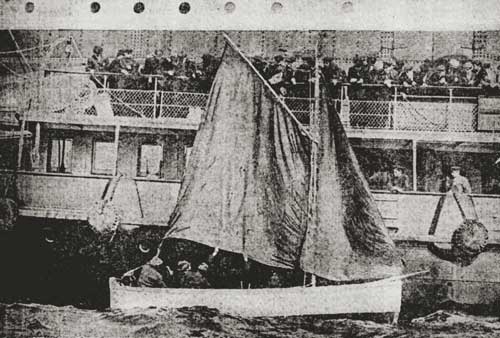 Mr. Phillips, the president of the Seamen's Union, approached the tender which was bringing the men ashore, and from his small boat (shown with a sail) he advised the men to demand an interview with him as soon as they landed. 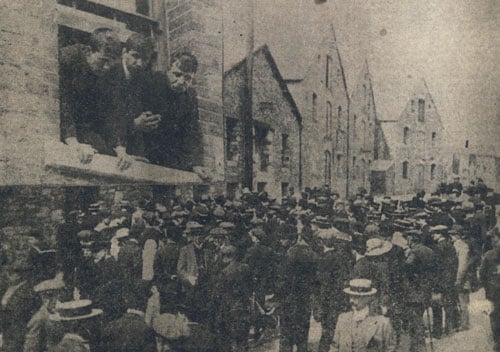 Some members of the crew look out of the window of the third class waiting room at the [Great Western] Docks and some of the crowd who gathered to meet the saved. The depositions of survivors being taken by Mr. Harold Wolferston, seated at the table, and other officials on behalf of the Board of Trade. A number of the firemen listening to one of their comrades reading a newspaper report.

Standing bareheaded in the large group of survivors of the Titanic's crew is show Mr. Frank Prentice, the ship's storekeeper, who is said to have jumped from the stern, at a height of one hundred feet, into the water. Crew gather for a photograph at Plymouth. 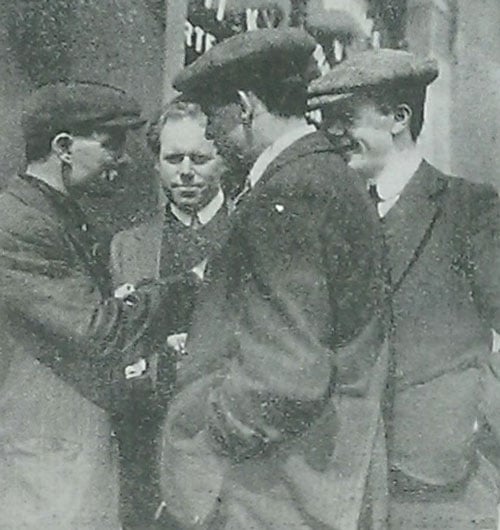 G. Pragnell, a greaser, who was rescued after being in the water for an hour and a half, receiving congratulations at Plymouth dock gates. 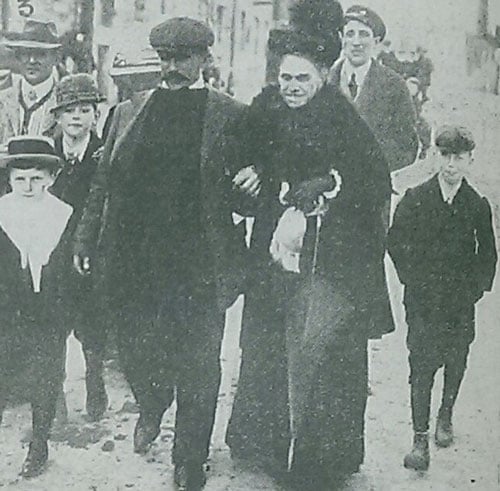 J. Pascoe, a seaman of the Titanic, with his mother and brothers at Plymouth. The departure of the crew for their homes at Southampton. 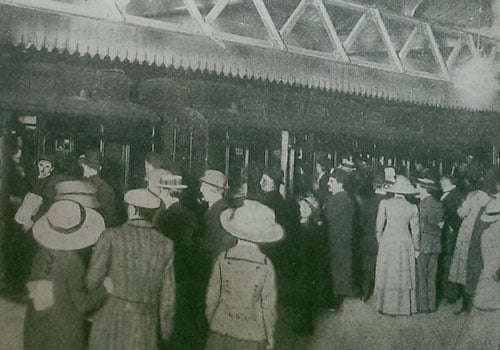 The special train with surviving members of the Titanic's crew arriving at Southampton on Sunday night.

A group of the survivors and their friends on Southampton station after the arrival of the special train.

Read some of their stories as reported at the time.