She was the daughter of Martin Mulvihill (b. circa 1858), a farmer, and Eliza Benson (b. circa 1858)3. Coosan natives who had married on 10 November 1877. They had twelve children, eleven living past infancy.

By the time of the 1901 census the Mulvihill family home was house 11 in Moydrum, Co Westmeath and Bertha had already left school and, aged 14 was described as a farmer's daughter. The family home by the time of the 1911 census was then house 9 in Meehan, Moydrum but Bertha was absent, having previously emigrated around 1904.

She appears on the 1910 US census residing at Central Park West, New York where she was a servant to a wealthy merchant. She was engaged to be married to foundry moulder Henry Francis Noon (b. 5 June 1882), an American man born to English parents Henry Noon and Naomi Collison.

Bertha paid a return home to Ireland around September 1911, reportedly aboard Lusitania, to visit family and to attend her sister Kate's wedding. Whilst in Ireland she collected items for her trousseau, including Irish linens.

For her return to America would be joined by other Westmeath natives, Margaret Daly and Eugene Daly. Her return was to be a surprise for her sister and fiancé who had no notion she was returning, let alone aboard the Titanic. She boarded the Titanic at Queenstown as a third-class passenger (ticket number 382653 which cost £7, 15s) and aboard shared a cabin with Miss Daly.

On the night of the sinking Bertha was in bed and just drifting off to sleep when a "heavy jar" startled her. She lay in her bunk for several minutes wondering what had happened before she got up, pulling on a coat over her nightgown and slipping on a pair of shoes. She went out into the companionway to investigate where she was people rushing about and the confused shouts and screams of other further down below. She immediately returned to her cabin to fetch a lifebelt and she and the Dalys eventually made their way to the upper decks, Bridget suffered broken ribs while entering a lifeboat, the number of which is uncertain. She later reported hearing explosions as the ship foundered.

Upon landing in New York aboard Carpathia Bridget was described as a 24-year-old waitress and she was headed to her sister Mrs Edward (Mary) Norton at 12 Inkerman Street, Providence. Her sister and fiancé, as stated, were unaware that Bridget was board the Titanic and only found out that fact when Henry Noon spotted her name on a list of survivors in a newspaper. He nearly passed out when he saw this and hastened to Mrs Norton's home to show her. 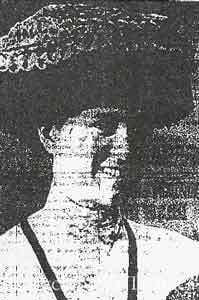 Bridget was met coming off the Carpathia by her fiancé and her brother-in-law Edward Norton and she returned to Providence where she was reunited with her sister.

It is not certain if Bridget ever returned to Ireland; her parents remained at Coosan where her mother died following a stroke on 23 June 1933. Her father passed away three years later on 4 May 1936 from senility. Her brother Thomas died in Coosan on 20 May 1958.

By 1935 the family address was 28 Wyndham Avenue, Providence and the family appear there on the 1940 census. Bridget was made a widow when Henry Noon died on 30 October 1945.

In April 1956 Bridget was featured in the Providence Journal on the occasion of the publication of A Night to Remember. She was extensively quoted regarding her memories of the Titanic.

Bridget Mulvihill Noon died in Providence on 15 October 1959 following a battle with cancer. She was buried at St Francis Cemetery, Pawtucket, Rhode Island.