She appears on the 1880 census living at an unspecified address in Great Barrington with her family. Her mother later died on 19 June 1881 and her father was remarried in 1883 to her aunt Mina "Minnie" J. Raifstanger (b. 1850). Her father died in 1904 and her aunt/stepmother Minnie in 1932; they are both buried in Mahaiwe Cemetery, Great Barrington.

A graduate of St Luke's Hospital School of Nursing, New York Miss Endres was employed as the private nurse to Mrs Madeleine Astor who, travelling in Europe for her honeymoon, was pregnant. She boarded the Titanic at Cherbourg as a first class passenger and occupied cabin C45 and travelled on the Astor's ticket (17754).

Caroline survived the sinking in lifeboat 4 along with Mrs Astor and her maid Rosalie Bidois. Her brother Frank spoke of the anxious wait to determine her fate:

F. J. Endres, a member of The Telegram's composing force was on the anxious list until he received word that the saloon passengers had been saved. His sister, Miss. Carrie Endres, New York, is travelling with Col. and Mrs. John Jacob Astor as a nurse.

Mr. Endres said last night, "My sister sailed in February from New York on the Olympic, the sister ship of the Titanic.

I accompanied her on board the Olympic when she was about to sail. This makes the seventh trip she has made across the Atlantic. She accompanied the Astors to Egypt and the river Nile. I was impressed with the size of the Olympic and my sister wrote me that though the weather was rough on the trip across, the vessel rode the waves as steadily as though the sea was smooth.

I could not sleep at all last night, but I feel relieved to hear that the saloon passengers have been saved for she was among them. If she is I will hear from her upon her arrival in New York.

How long Miss Endres remained in the service of Mrs Astor following the sinking is not clear and details about her life after the Titanic disaster are sketchy.

It appears - although this is not certain - that within a few years she came under the employment of lawyer George L. Rives of New York; she was shown as a passenger with Rives and his daughter Millard in a March 1915 crossing from Nassau in the Bahamas to New York.

By 1918 she was living between Bala Cynwyd, Pennsylvania and New York and in August that year she travelled to Europe to carry out work for the American Red Cross; her passport describes her as standing at 5' 4" and with a high forehead, grey hair, blue eyes and a fair complexion. It was stated that she intended to return to the USA within two years. 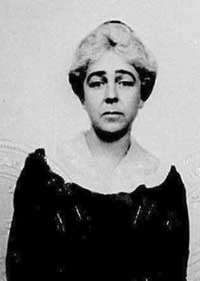 In 1923 Carrie applied for another passport; her profession was stated as that of secretary and her permanent residence as 217 East 48th Street, New York. She arrived in Plymouth on 11 June 1923 aboard the President Adams of the United States Line. Another voyage aboard Roma, arriving in New York on 22 May 1933 saw her give her address as 424 Bryn Masen Avenue, Lynford, Pennsylvania. 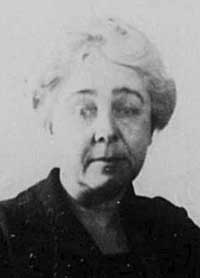 By the time of the 1940 census Carrie was a lodger at Oak Street in Binghamton, Broome, New York (the home of widow Mrs Anna Titchner), stating her previous residence as Bala Cynwyd.

Caroline Endres, who never married, would spend the remainder of her life in Binghamton, later residing there in a nursing home. She died on 11 January 1964 aged 91 and she was buried in Maple Hill Cemetery, Hanover, Pennsylvania.