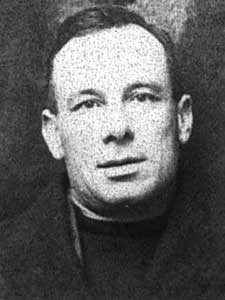 He first appears on the 1881 census living with his parents at 4 Kent Road, Millbrook, Hampshire and would later be recorded on the 1891 census living at 59 Graham Road, St Mary, Southampton. He would be absent from the 1901 census, likely at sea, when his family were living at 19 Graham Road, St Mary. George had served at sea since the age of 15.

When he signed-on to the Titanic, on 6 April 1912, George gave his address as 51 Graham Road, (Southampton) and his previous ship as the Plassy. As a lookout he received monthly wages of £5. On the day of departure, 10 April 1912, George described a boat drill taking place at mid-day involving all able seamen where two boats were swung out and lowered.

On the night of the sinking Moore was off-watch and in bed when he described a noise like "a cable running out, like a ship dropping anchor. There was not any shock at all." Boatswain Alfred Nichols soon arrived at the seamen's quarters ordering them above and George went to his assigned boat station. He assisted in lowering lifeboats 5 and 7 and then assisted in swinging out lifeboat 3 after which he was ordered into the same lifeboat by first officer Murdoch to assist the entrance of the ladies. When no more ladies were available or willing to enter the boat, Moore admitted accepting male passengers and he believed there were around 32 people in the boat when it was lowered.

Moore took charge of the lifeboat at the tiller when it was lowered at about 1.00am and watched as the ship sank from about a quarter of a mile away, describing how Titanic seemed to split in half during her final throes and hearing two explosions.

George was later called to testify at the US inquiry into the sinking. When pressed as to why his lifeboat did not return to the scene to pick up any of those struggling in the water, he stated that many of the passengers in the boat were staunchly against any notion of returning, fearing they would be swamped. He also explained that the cries they heard lasted for only a short time and for the time taken to row back would have been too late anyway.

Following the disaster George continued to work at sea. He was called up for military service in 1914, prior to war breaking out, and served on armed merchant ships, one of them being the Teutonic. He was subsequently the gunner on a merchant vessel and in that occupation he travelled the world. He was discharged from service in 1918 at the end of World War One following which he worked on the Olympic which was repatriating the Canadian forces. By 1920 he was serving as a crew member for The P&O Company. On passage back from India he was found to have contracted smallpox, so at Aden, Yemen he was put ashore. Conditions for him there were very basic; he slept in the open except for a thatched roof over his head and a boy would bring his food and a priest would call out to him to see if he was well. Despite this he recovered, in all probability these experiences shortened his life. After returning home he finished his working life in Southampton docks on the shore bosuns gang, working for the cross-channel boats.

In later years he moved to Totton, Hampshire, living at Allandale, Testwood Lane. Due to a combination of cardiac and liver problems, George passed away aged 63 on 19 March 1943 at the Fenwick Hospital.  He was cremated at South Stoneham Crematorium and his ashes were scattered in the Garden of Rest, South Stoneham, Southampton.

Family remember George as a hardworking man and, despite his hard life, was an easy-going and amicable man who made few demands on anyone.