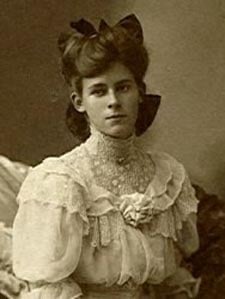 She graduated in early 1912 and was to meet he future husband Robert Schwarzenbach of New York. He also was from Switzerland and managing director of the silkweaving factory of Schwarzenbach & Huber in New York.

During the night from 11th to 12th April Margaritha was seasick. This lasted till the sunday night. She was woken by the collision. Together with her parents she dressed and went to Deck A to investigate what happened. They then went back to bed. After a while they were told to put on their life-preservers. Margaritha and her parents left the Titanic in lifeboat 5. After about three and a half hours at sea they were rescued by the Carpathia.

Her husband died suddenly on 3 August 1929 in Hicksville, Long Island. In 1931 Margaritha Schwarzenbach moved together with her children to South Norwalk, Connecticut. Margaritha Schwarzenbach, known to her American family as Margit, went back to Zürich to die near her daughter, her death occurring on 16 July 1972. She was buried at Sihlfeld Cemetery, Zürich her family-grave.