Miss Helen Ragnhild Ostby, 22, was born on 30 November 1889 in Providence, Rhode Island the daughter of Engelhart Cornelius Østby and Lizzie May Webster (died 1899).

Helen was returning to America with her father after a tour of Europe and North Africa, they boarded the Titanic at Cherbourg, she occupied cabin B-36.

Mostly, we just wandered around between meals enjoying the luxury and newness of it all. We always traveled on the White Star Line, so we could compare the Titanic with other ships of the company.

Helen and her father spent Sunday evening with Frank and Anna Warren whom they had previously met in Egypt during their recent tour.

Sunday was always fairly quiet on a liner. In those days they didn't have all of the ready made entertainment they have today.
There was the usual sunday evening concert by the ship's orchestra in the main lounge, and after that nearly everyone retired early to their cabins.

Helen recalled that she had just dropped off to sleep when she felt the ship bump as if scraping the side of a tree.

I sat up straight in bed, trying to make out what had happened. It seemed completely silent for a minute or two. The engines were cut off. The corridors were quiet until one began to hear doors open and voices speaking. The first voice I heard was a woman asking the steward what had happened. He replied calmly "Everything will be all right."
I got out of bed. I pulled on some of my clothes but not too many, because for some reason it occured to me that I didn't want to have too many on if I had to be in the water...I put on a dress coat and shoes.

By this time passengers were congregating in the corridors.

Mr father came out of his stateroom across the corridor. It was very quiet, as when a train stops in a station and you can hear everyones voice.

Helen recalled that there was no panic and people wandered around the deck trying to get news.

It was a good hour before the stewards came and told us to put our lifejackets on and go up to the boat deck. Eveyone went back to their cabins to get their lifejackets. They were very awkward to get on since there had been no boat drill and nobody had even thought of trying on the life jackets, but the stewards were very helpful in getting us into them.
The order to put on the life jackets was the first inkling we had that something was seriously wrong. Many people thought we would be just going off in boats as a precaution... 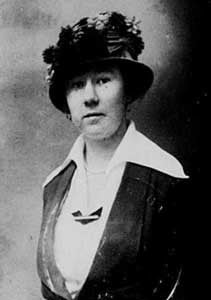 Helen and her father went up the grand staircase to the boat deck accompanied by the Warrens. Helen saw Captain Smith and some other officers coming down the staircase, she thought they looked very sober but did not talk to any of the passengers. On the boat deck the steam blowing from the pipes around the funnels created a terrible roar. The group made their way to the starboard side of the boat deck, close to lifeboat 5, Engelhart decided to go back down to the cabin to get some warmer clothes, it was the last Helen ever saw of him.

Mrs Warren was helped into the boat, and I followed her. It was a very unpleasant feeling stepping into that boat because, although it was level with the boat deck, it was swung out over the water so there was a little gap between in and the side of the ship. An officer and two sailors manned the lifeboat, and just as it was about to be lowered two men from among the passengers were allowed to jump in.

With some difficulty the boat was lowered into the water, something Helen also described as "unpleasant" because of the difficulty the crew found in keeping the boat level as they adjusted the falls at each end of the boat.

Once below the boat dek there were no lights so that it was difficult for the men on the deck, who were letting the boat down by ropes, to keep it level. First one end would dip down, then the other, and the people in the boat would shout to them to level it off.

Once they were on the sea it was clear that the Titanic was down by the head. Helen also noticed the pitch-black night pierced only by stars. As they pulled away they could see the lights of the Titanic gradually disappear. As a series of rockets were sent up those in the boat wondered whether any wireless distress messages had been sent.

There had been no panic. But at the very end, we could see and hear that the people on board were realizing there was no place to go.
As the ship began to stand on end, we heard a big rumbling, rattling noise as if everthing was being torn from its moorings inside the ship. All of a sudden that stopped, and she stood on end very quietly for a minute, then went down like an arrow.

Alone in the open sea Helen did not see anyone in the water but heard the terrible cries of those that had been left behind, it was a noise that would ring in her ears for the rest of her life. After a while there was quiet again. Helen and Mrs Warren sat side by side in the cramped boat, it was freezing. A few hours later the beautiful dawn revealed icebergs in the distance and the rockets of an approaching steamer.

When lifeboat 5 reached the Carpathia at about At 5.10 a.m. Helen was so cold that she was unable to climb the ladder, instead, she was pulled up with a rope hitch. She was given hot tea and coffee in the dining room and then returned to the deck to watch the later boats come in, ever hopeful that her father might be among the survivors, he was not.

Onboard the Carpathia Helen met some friends from Providence, Mr and Mrs Walter M. Chapin who were on their honeymoon. They allowed Helen to use their cabin for the journey to New York. They tried to alert the family that Helen was safe but that her father was lost, but Cottam and Bride the Marconi telegraphists were too busy.

Helen returned to Providence and, once she was sufficiently recovered, turned her mind to the family business. In 1914 Helen, her brother Harold and one of his daughters became joint owners in Ostby & Barton. Later that year they travelled to Germany on a business trip. Harold and his daughter returned to America fearing a war but Helen stayed and when war broke out she managed to escape through Flanders, but she arrived in Liege on the same day as the German Army. Eventually, she was able to escape to England and travelled from there to America.

In 1930 she again travelled to Europe, staying in Paris and Brussels. She decided to remain in Brussels and lived there for ten years.

With the outbreak of war, Helen remained in Belgium. In May 1940, she was awakened by bombs falling from German planes. The British and French troops withdrew and for five months Helen again shared a city with a German army of occupation. Eventually, she fled to Lisbon where she remained for three months awaiting a plane for America, she arrived in Providence in January 1941. She never returned to Europe. 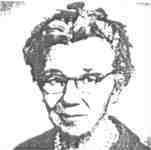 Helen remained in Rhode Island for the rest of her life and later worked as a volunteer at Rhode Island Hospital. Helen had many admirers but never married. She lived her last year at 500 Angell St. Providence, Rhode Island and died on 15 May 1978 aged 88. She was buried close to her father at Swan Point in Providence.