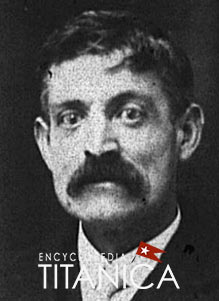 Horace first appears on the 1881 census and by that time he and his family were living at Milton Road, Millbrook, Hampshire. His mother had passed away aged 37 in 1877 and his father later began a relationship with a woman named Mary Ann Russell, née Tickner.

Mary Ann Russell had been married on the Isle of Wight in 1867 to Solomon Russell and had several children from that relationship. Mary Ann and Solomon were later estranged and by the time of the 1891 census she was co-habiting with Charles Ross; that relationship gifted Horace four half-siblings: James (b. 1882), Caroline (b. 1883), Beatrice (b. 1886) and Bertie (b. 1889). The death of Solomon Russell in the early 1890s allowed Mary Ann and Charles Ross to marry in late 1895.

The 1891 census lists Horace and his blended family living at 5 Osbourne Road, Millbrook and it shows that he had initially pursued a career as a baker. That vocation did not pan out and by the time of the 1901 census he was described as a slater's labourer and living at Naseby Road, Shirley; he was described as married but his wife, for reasons unknown, was not listed on the said census.

Horace had been married in Southampton in 1894 to Florence Cross (b. 1875 in Southampton), daughter of Edward and Florence Cross, the latter née Newman. They went on to have four children: Florence Eva (1895-1895), Horace Percy (1896-1897), Florence Dorothy (b. 1 January 1907) and Clifford Edwin (b. 5 July 1910). Neither of their first two children would live to see their first birthdays; Florence Eva lived only a few weeks whilst Horace Percy died aged 11 months in August 1897.

The remaining family show up on the 1911 census living at 57 John's Road, Woolston and Horace was still described as a slater.

When he signed-on to the Titanic on 4 April 1912 Ross gave his address as 70 Inkerman Road, Woolston, Southampton. The Titanic was his first ship and as a scullion, he could expect to earn monthly wages of £3, 10s.

Horace Ross was rescued, in which lifeboat is not certain (some historians place him in lifeboat 13). He was not required to testify at either the American or British Inquiries into the sinking.

Ross' disastrous first working voyage at sea did not deter him from establishing an illustrious maritime career and his previous experience as a baker proved invaluable in that. Serving on the dangerous waters of WWI, he continued to work at sea into the 1920s and beyond. By 1922 he was assistant cook aboard the White Star Line's new flagship, Majestic. A few years later, in 1925, he was the third baker aboard the Vandyck. The following year he was working aboard Arabic as an assistant baker on the Hamburg-New York run before transferring to the Aquitania and spending a few years aboard her in the same capacity until at least September 1928. During the very early 1930s, he was assistant baker aboard the Berengaria until at least September 1932 after which he served aboard a few of the final voyages of Mauretania which, at that time, was operating on the Trinidad-Cuba-New York run. By September 1934 he was again aboard Majestic. His final identified voyage saw him once again in the Aquitania in March 1935 when he was an assistant baker on the Madeira-New York run.

Back at home in England Horace and his wife Florence spent the remainder of their lives in Poole, Dorset with their daughter. The younger Florence had married in 1930 to a hotel waiter, Mario Occleppo (b. 23 March 1905) who also went on to become a seafarer. Horace's wife Florence died on 18 March 1936.

The widowed Horace appears at the home of his daughter and son-in-law on the 1939 register, 19 Sherwood Avenue, Poole when he was described as a part-time baker. He did not survive long after and died in Poole on 4 November 1940 aged 66 and was buried with his wife under an elaborate headstone in Southampton Old Cemetery. In a strange twist, his death notice in the Hampshire Advertiser was placed directly above that of another Titanic personality who died the same day as he:

His son Clifford never married and later worked as a secretary and manager to evangelist Catherine Booth-Clibborn (1858-1955), travelling with her across Europe and North America as she spread the Gospel. He died in New Milton, Hampshire on 6 October 1990.