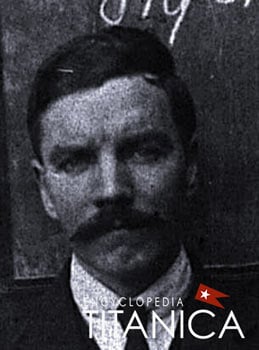 He was the son of Hiram Maynard (1843-1910), a master mariner, and Catherine Ann Page (1844-1888), Sussex natives who had married around 1864. His father was one-time coxswain of the Shoreham Lifeboat and a pilot at Shoreham Harbour.

Isaac first appears on the 1881 census and at the time he and his family were living at New Road in St Mary's, Steyning, Sussex. His mother died in 1888 aged 44 and his father was remarried in 1891 to Eliza Alice Lillywhite (b. 1861 in Worthing, Sussex). The 1891 census would show Isaac and his family--his father now described as a sea pilot--living at 2 Adur (?) Terrace in Shoreham. Isaac would later gain two half-siblings: Reginald Harold (b. 1893) and Gertrude Maria Alice (b. 1896). The family would still be at this address by the time of the 1901 census but Isaac was absent and listed elsewhere as a visitor at his married sister Catherine Lucy Hayward's address, 254 Portswood Road, Portswood, Hampshire and he was described as an unmarried seaman. He apparently began to work for the White Star Line around 1902.

Isaac was married in Southampton in 1905 to Ethel Louise Gookey (b. 1880 in Southampton, daughter of George Gookey, a house painter) but they would have no children. They are listed on the 1911 census living at 31 Earls Road, Southampton and Isaac is described as a ship's cook.

Isaac initially signed on to the Titanic for the delivery trip from Belfast to Southampton. When he signed-on to the Titanic for the second time, on 4 April 1912, he gave his address as 31 Earls Road, Southampton3. He had transferred from the Olympic, having been aboard that ship at the time of the collision with Hawke. As a cook he received monthly wages of £7, 10s.

During the sinking Maynard remained on the Titanic during her final throes and managed to pull himself aboard the overturned collapsible B. He later spotted baker Charles Joughin swimming around the upturned boat, having been denied leave to climb aboard by others. Maynard extended a hand to him and held onto him until lifeboat 12 approached.

The Press later dubbed him "Maynard, the steward who took the baby from Captain Smith's arms" following unsubstantiated reports that Smith had delivered a child to the boat before swimming off to his death.

Mr C. Maynard (sic, a cook on the Titanic in the course of his narrative said:-"I saw the captain standing on the bridge. He was fully dressed and had his cap on. When the water rushed over the top deck, the remaining boats were carried away. Another rush of water washed me overboard, and as I went I clung on to one of the upturned boats. There were some six other men clinging to the woodwork when we were in the water. I saw Captain Smith washed from the bridge, and afterwards saw him swimming in the water. He was still fully dressed, with his peak cap on his head. One of the men clinging to the raft tried to save him by reaching out a hand, but he would not let him, and called out 'Look after yourselves, boys.' I do not know what became of the captain, for I could not see him at the time, but I suppose he sank. - The Globe, 29 April 1912

Following the disaster, Isaac returned to England and continued working at sea into the 1920s. His wife Ethel died in 1933 and he was remarried in 1941 to Mary Annie Henry. He and his second wife later lived at 296 Portswood Road, Southampton.

Isaac Maynard died in the Borough Hospital, Southampton on 9 January 1948. He is buried at South Stoneham Cemetery, Southampton