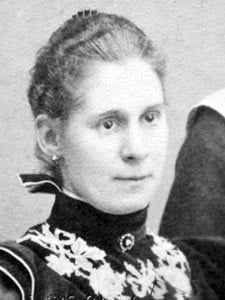 In the beginning of 1912 Margaretha accompanied her husband and daughter Hedwig Margaritha to America. She boarded the Titanic at Cherbourg and occupied together with her husband cabin B-41 (ticket No. 13567, £79 4 s).

On April 10th she wrote a postcard on the tender Nomadic to her youngest son Willy: "Before leaving of the steamer cordial greetings. We sail on a small ship out to the sea and were taken aboard the big steamer after about half an hour. Recommendations to the reverend - in love your Mum." She posted it on the Nomadic.

During the night from 11th to 12th April her daughter got seasick, so she stayed at he side.

On April 14th she had already gone to bed but were not asleep when the collision appeared. Her husband got upset and she tried to keep him calm.

She and her family entered lifeboat 5 and after 3½ hours they were rescued by the Carpathia.

In New York she was awaited from her son Max and her brother Emil. She first resided at the Hotel Majestic (72nd Street West), then moved together with her daughter to her brother Emil. Her husband went to Canada for business. After coming back, all of them sailed back to Switzerland, shortly stopping in London, on the Kronprinz Wilhelm on 21 May.

After the death of her husband on 22 November 1913 she became the center of her family. Margartha ("Gritli") Frölicher-Stehli died on 21 March 1955, 91 years of age. She was buried at Enzenbühl cemetery, Zürich, at the side of her husband.

Notes
Some sources give the date of death as 15 February 1955.