She was the daughter of an American father from New Jersey, Alexander Mather Wiggins (1826-1913), and an Italian mother, Nella Carlynne DeSilva. It is believed that her mother died whilst she was still very young and it is understood that Nella did not come to America until 1885, as per her 1917 passport. The same passport states that she had a sister.2 Other details about her early life remain obscure.

In America she began a relationship with Samuel Sondheim (b. 19 April 1851), a married New York cotton broker. Sondheim, the son of Jewish German parents Louis Sondheim and Rosa Brill, had been married in 1879 to Elizabeth "Lillie" Blackstone, née Whitacker (b. 1856 in Nova Scotia) but had no known children.

Nella and Samuel had two children: Viola Marie (later Mrs George Crossman) was born in Manhattan on 25 May 1886, followed by a son named Albert Cecil on 27 November 1887. The couple were eventually married in Manhattan on 19 June 1895, Sondheim declaring that he was a divorcee. When the family appeared on the 1900 census they were residing at 81st Street, Manhattan but Nella was to become a young widow later that year when Sondheim died from a heart ailment on 28 August 1900.

She was remarried in Manhattan on 3 September 1901 to Samuel Levi Goldenberg (b. 1864), a Lace merchant and realtor. The couple settled in Manhattan, appearing on the 1905 census as residents of West 72nd Street, but for the sake of Mr Goldenberg's health they relocated to France in 1907, the milder climate being beneficial to Samuel's wellbeing; they made several trips back to the USA, seemingly annually and usually aboard German ships. Her 1915 passport describes her as standing at 5' 6½", of fair complexion with blue-grey eyes and a small mouth and chin set in an oval face, topped with chestnut hair.

Well-known dog fanciers, the Goldenberg's kennel name was "Nellcote" and they would often judge in shows and reared English Toy Spaniels and French Bulldogs. They boarded the Titanic at Cherbourg on 10 April 1912 as first class passengers (ticket number 17453 which cost £89, 2s, 1d) and they occupied cabin C92. They were en route to attend the French Bull Dog of America show to be held at the Waldorf Astoria on 20 April. Nella Goldenberg with four of her dogs

Met by friends and colleagues at the New York pier after their arrival aboard Carpathia, the Goldenbergs refused to discuss their ordeal with newspaper reporters. They went on to take part in the French Bull Dog show. Following the disaster, the couple shortly returned to France and also spent time in Switzerland for recuperation.

Nella lost her father close to the first anniversary of the sinking when he died on 8 April 1913. By 1917 Nella and Samuel were still living in Villefranche-sur-Mer near Nice, France and spent time residing in Monaco. By 1921 they had apparently resettled permanently in the USA, living at 109 Fifth Avenue, Manhattan but continued to travel despite Samuel's ill health in later years. 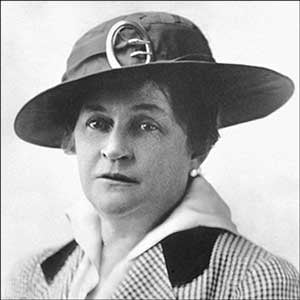 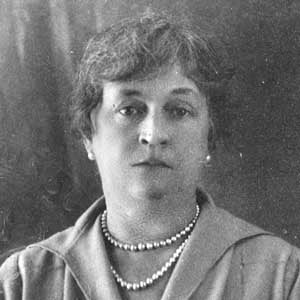 Nella and Samuel were later divorced, perhaps because of the latter's infidelity; Samuel was remarried to a lady of Polish nobility, Edwiga Grabówska (d. 1935) and resettled in France where he died in 1936.

Nella herself was never remarried and started going by her mother's maiden name, DeSilva. She remained living in New York but continued to travel frequently; the last known voyage she made was aboard President Monroe in 1941 when she gave her destination address as the Hotel Sheraton on Lexington Avenue, New York City.

Nella spent her last days living in Berkeley, California close to her daughter Viola and she died there on 9 October 1947. 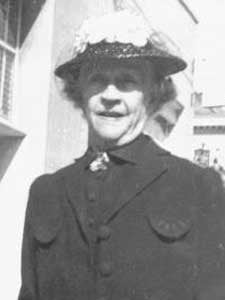 Nella's son Albert later served during WWI in the American Field Service and American Army Sanitary Corps, serving from June 1916 until his discharge in May 1919. From 1920 he worked for a Paris-based bank, Banque Nationale Immobiliere. Living for many years in Paris, marrying but having no children and travelling extensively, Albert died in November 1986 aged 99. 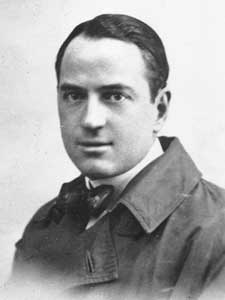