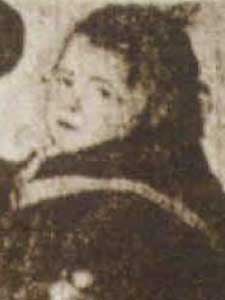 Miss Phyllis May Quick was born in Plymouth, Devon on 27 July 1909, the daughter of Mr Frederick Charles Quick (Plasterer) and Jane Quick and sister to Winifred Vera Quick.

The family had emigrated to Detroit in about 1910 and she returned to Plymouth with her mother and sister early in 1912 for a visit to her mother's family. Their return to America was as second class passengers on the Titanic.

The family were rescued in lifeboat 11.

On leaving school Phyllis worked for a telephone company until her marriage to William Austin Murphy (10 March 1906 - 11 July 11 1989), they had 4 children and lived at 3009 Marlborough Street, Detroit.