As a child Ruth and her family appear to have moved around frequently, spending time in New York, Massachusetts and Indiana before settling in San Francisco, California where her father was Rabbi from 1882 to 1893 at the Congregation Sherith Israel.

Around mid-1897 Ruth travelled to Paris to help cultivate her singing voice; she was married there on 3 September 1898 to P. Henri Fontaine (b. 1853), a wealthy diamond mine owner and with interests in sugar cultivation. Her parents only found out about the marriage after it had taken place.

Ruth and Fontaine's daughter Vida was born in Paris on 9 March 1899 but what became of Fontaine is presently unknown.4,5

By 1906 Ruth was living between London and San Francisco, moving about and proving popular in artistic and musical circles in the latter city and claiming widowhood. Her address was 1930 Broadway, San Francisco when she filed for divorce; Thomas Henry Browne was still legally married to Brenda Welstead and Ruth petitioned for annulment or divorce which was granted by the summer of 1907.

In San Francisco she met divorcee Dr Washington Dodge and their engagement was announced in early 1906 and they were married in New York on 12 April 1906 in a service presided over by her own father; at the time she was still legally married to Thomas Browne.

Ruth and Dodge welcomed their only child Washington Jr on 23 September 1907. She and her family appear on the 1910 census residing at 2129 Laguna Street, San Francisco.

In 1912 Dr and Mrs Dodge left with Washington Jr. for France to treat Washington Sr's blood disease. After treatment the Dodge family returned on board Titanic; the family boarded at Cherbourg, travelling as first class passengers and occupying cabin A-34 (ticket number 33638 which cost £81, 17s, 2d). On the night of the sinking, Washington helped his wife and son into lifeboat 5 before escaping in lifeboat 13.

The Dodges returned to San Francisco where Washington Dodge was the city assessor. In 1919 Washington Dodge was found shot in the elevator of their apartment building and he died nine days later on 30 June 1919. Ruth went back to New York to live on Park Avenue with her son, Washington Jr. and daughter Vida; she never remarried.

Ruth appears on the 1920 census residing with her two children at West 58th Street in Manhattan; by 1940 she was living alone at 20 East 76th Street, Manhattan where she had lived for several years. She continued to travel to frequently, well into her advanced years, visiting Greece, Italy, Algiers, Portugal, Turkey, Spain and France; her 1921 passport describes her as standing at 5' 4" and with dark hair, blue eyes, an aquiline nose, a round face and broad forehead and fair complexion. 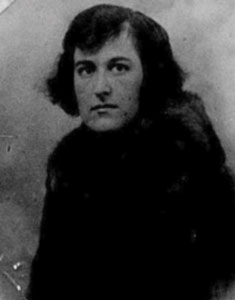 Ruth Dodge died in Manhattan on 27 July 1950 aged 76; she was buried in Ferncliff Cemetery in Hartsdale, Westchester New York.7