He first appears on the 1910 census living with his family at 2129 Laguna Street, San Francisco.

In 1912 Washington and his parents left for France to treat his father's blood disease. After treatment the Dodge family returned on board Titanic; the family boarded at Cherbourg, travelling as first class passengers and occupying cabin A-4 (ticket number 33638 which cost £81, 17s, 2d). On the night of the sinking, his father helped his wife and son into lifeboat 5 before escaping in lifeboat 13.

In an interview taken shortly after the sinking, a young Master Washington told how his father escorted he and his mother to their lifeboat and bid him goodbye with a kiss. He also described witnessing the ship settle into the water before she "busted in two" before disappearing, lamenting how alongside all the people that went down also, he lost all of his toys. Upon reaching the Carpathia he was hauled up aboard in a sack, an experience he described as "lovely."

The Dodges returned to San Francisco where his father was the city assessor. In 1919 his father was found shot in the elevator of their apartment building and he died nine days later on 30 June 1919. He, his mother and half-sister went to New York to live on Park Avenue.

At the time of the 1920 census Washington was living with his mother and half-sister Vida at West 58th Street, Manhattan.

By 1940, when Washington appears on the New York census residing on 60th Street, New York he described himself as a divorced stock broker. He was remarried on 7 May 1941 to Helen Manning Brown (b. 10 July 1904) and had another son named Arthur Parrish (b.1942). 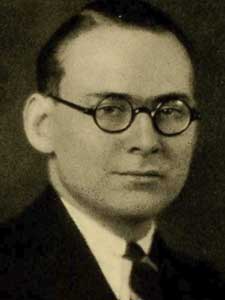 He was financial editor of Time Magazine from 1929 to 1933 and was later employed in public relations, business publications and investment fields. He was vice president of stockbrokers Clark, Dodge & Co. and continued to travel extensively. In 1958 he joined several other Titanic survivors for a special screening of A Night to Remember in New York.

Washington Dodge died in New York on 3 December 1974 he was cremated at Garden State Cemetery in North Bergen, New Jersey on 5 December 1974. His urn was handed over to the Frankie Campbell funeral home.