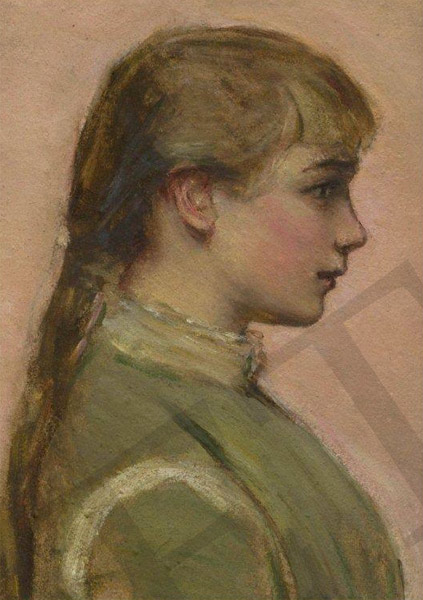 A resident of New York City, Miss Evans had been on a trip to Europe including a visit to cousins in Paris. She boarded the Titanic at Cherbourg as a first class passenger and occupied cabin A-29.

Miss Evans joined the group of sisters: Mrs E. D. Appleton, Mrs John Murray Brown and Mrs R. C. Cornell during the voyage and came to know Colonel Archibald Gracie who had gallantly offered his services to the unaccompanied ladies.

In the early hours of April 15th after all of the main lifeboats had got away Gracie rushed up to where Second Officer Charles Lightoller was shepherding women and children into collapsible D, he guided Mrs Brown and Miss Evans as far as he could before being stopped by the cordon Lightoller had set up to prevent a rush on the boat. Evans turned to Brown and said, 'You go first, you have children waiting at home.' Brown stepped into the boat but Evans faltered and the boat eventually left without her. As boat D hit the water seaman William Lucas called up to Miss Evans 'There's another boat going to be put down for you'.  Another account has her placed in the waterlogged collapsible A but dying in the night from cold.  The truth remains to be discovered.

Edith Corse Evans was one of only four first-class women passengers to die. Her body was never found.