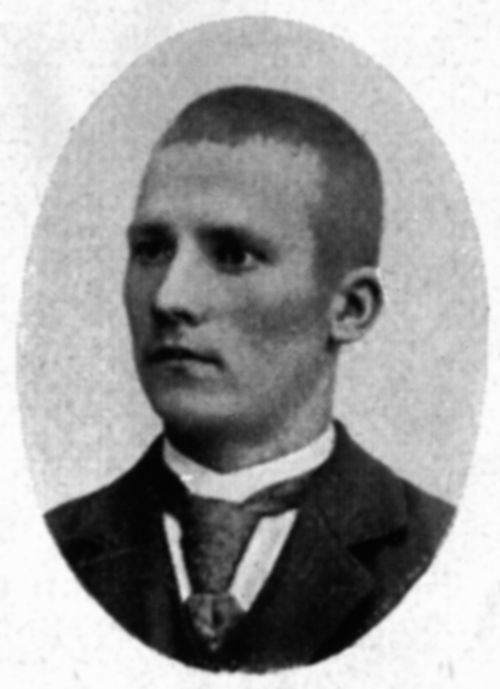 His occupation is unknown, but he seems to have been a farm hand.

Gustaf was on his way from Bockebo, Småland, Sweden1 to Emil Andersson, Sheyenne, North Dakota. He got his ticket from acquaintances in North Dakota (an illegal but not unusual practice), where he was to become a farmer. Gustaf travelled with Malkolm Johnson, they boarded the Titanic at Southampton as third class passengers.

Johansson died in the sinking, his body was later recovered (#285). Among the effects was a diary with Emil Anderson's name and address; the consulate in New York wrote to him and asked for details. He answered, among other things,

"Johanson had no relatives here in US and he had never been here before. He was on his way to Sheyenne N.D. I have sent him the ticket myself. Malkolm Johnson, who also died was also acquainted".

His belongings, which were sent back to the father, included $26, an empty wallet and a pocket comb with mirror. Gustaf was buried in Fairview Cemetery, Halifax, N.S. on 10 May 1912.