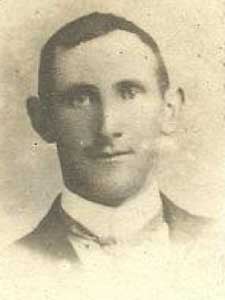 A friend from his locality, a New York policeman Daniel Moran, had returned from the USA for a visit, possibly tempting Patrick to join him on the return to America. He therefore joined the Titanic in Queenstown on 11 April 1912 as a third class passenger (joint ticket number 371110 which cost £24, 3s).  He was travelling with Moran and his sister Bridget. Another local travelling with them was Margaret Madigan. Ryan was travelling to an address in Bronx, New York where he allegedly had a job waiting for him the in the New York Police Department.

Bridget Moran and Margaret Madigan were the only survivors from the group; Patrick Ryan was lost in the sinking and his body, if recovered, was never identified.

His elderly father later sued the White Star Line over the death of his son, claiming negligence on the Line's part, and the case later went to court in London. He was later awarded £100 for Patrick's loss (see Ryan v. OSNC research article). He remained in Toomdeely for the next few years and passed away in 1918 aged 85.